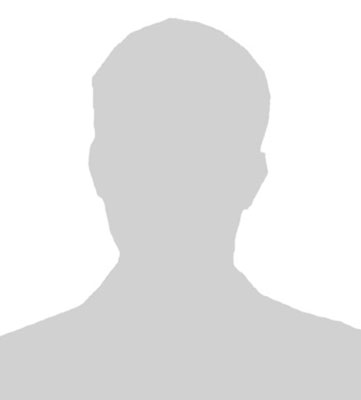 On a beautiful Saturday in Oct 2022, we made a sudden plan for a visit to the world’s longest waterfalls in Canada, the great Niagara Falls. We went by car from our home in Mississauga with our family. On our journey to the falls, we were driving through one of the splendid highways of Canada, the Queen Elizabeth Way (OEW) which is almost 86 miles long.

I was speculated about the Architecture of the road, the bridges it crosses and the smoothness of the road which makes the travel feel relaxed. Simply astonishing!

I was also searching in google and wondered about how it was named after the Queen Mother and their power on the nations and their contributions to the Countries welfare, to have such a long, beautiful highway to be named after them and discussed with my husband about the glory of their kingdom on this earth. What a Magnificent Monarch of Great Britain!

We then reached Niagara Falls and had a wonderful family time there and returned with Safe and praised God.

The Next day is Sunday, and we had a multicultural service in our Church. The Worship on that day was led by the Pastor and the presence of the Holy spirit was amazing in the house of the Lord. One of the songs that Pastor sang that day goes like this.

“Holy, there is no one like you
There is none besides you
Open up my eyes in wonder
And show me who you are and fill me
With your heart and lead me
In your love to those around me”

I was praising God and worshiping along with the song. And when we were singing these lines, the Lord really opened my eyes in wonder, and He showed me the path of all the celestial objects in the Universe. Look at the path that Earth Orbits around the Sun, the path that the moon runs, the path of each planet, the Sun, the Stars and all the Galaxies, all perfectly spinning in its position. Wowwwww! Who made the roads for them to run on? Who positioned all of them so perfectly, that they don’t collide with each other? Who counted them and named them all? No words to explain His Glory! Nothing compares to His handy works. As we read in Psalm 19: 1 – 7 which says

1 The heavens declare the glory of God; And the firmament shows His handiwork.
2 Day unto day utters speech, And night unto night reveals knowledge.
3 There is no speech nor language Where their voice is not heard.
4 Their line has gone out through all the earth, And their words to the end of the world. In them He has set a tabernacle for the sun,
5 Which is like a bridegroom coming out of his chamber, And rejoices like a strong man to run its race.
6 Its rising is from one end of heaven, And its circuit to the other end; And there is nothing hidden from its heat.
7 The law of the Lord is perfect, converting the soul; The testimony of the Lord is sure, making wise the simple;

Our Lord God the father is the King. He is the King of Kings, the Lord of Lords. His Glory, His Power, His mighty Kingdom, His wonders – no match to any worldly kingdoms. He showed me who He is. He showed Him to me as He is sitting on the throne ruling all the universe and controlling them.

My eyes filled with tears, my heart with the Joy of worshiping our creator who is our Father. The 86-mile-long highway appeared very tiny now compared to the creation of our Lord. And no man or any kingdom on earth is comparable with the might and power of our Lord and Savior Jesus Christ!. I praised God for opening my eyes in wonder and showing me who He is. Let all the Glory, the Power and the Kingdom be His now and forever. Amen!

Praise the Lord, I am Lydia Vincent from Chennai India. My husband and I want to share this testimony about our daughter as a family for the Glory of God. Deborah Marvela, Our daughter is an absolute marvel & blessing from the Lord because she was born extremely preterm weighing only 780 gms and was hospitalized for 3 months after her birth in NICU care. Even though it was such a tough time for us to go through as parents God helped us to endure those painful & dire moments without any terrifying episodes. She is wonderful till date by the grace of God.

Praise be to our Lord and Savior Jesus Christ. This Testimony is about our 16 years old eldest daughter. In the year 2020, She got into the situation to attend the school online due to COVID. The very first day of the school itself, she started to pull her hair from head. At first we didn’t notice anything. After a few days, we found that she was scared, confused and not able to focus on her studies. She was in her 9th grade. She found it very difficult to do her daily assignments. We started to help her with the school work. Even daily activities such as brushing her teeth, eating her food became hard for her. She refused to visit the Doctor. We were not able to do anything with her. Day by day the situation became worse. She went into deep depression and even wanted to kill herself. As a family, we faced a hard time.

During the summer break, she was doing better, because schools were closed at that time. After the break, we put her into in-person school, so that It will be easier for her. After going to school for a few days, she started to complain that the people in school were going to kill her. She started to blabber something. We don’t know what to do. So we headed to the hospital. She totally lost her mind for 4 days. She had a hard time while staying alone there. She was in treatment for 40 days. The doctor advised us that she needs support from the Parents and Teachers to continue her studies. She started to lose weight in the hospital. So the Doctors asked us to take her back home. We followed the medicines that they gave, but it didn’t help her much. There was no improvement. With our support, she continued with her 10th grade through online.

After follow-up, the Pediatrician suggested that she has to be admitted in the hospital for further treatment. She cried and said that she didn’t like to stay in the hospital. With a heavy heart we left her there. During the visiting hours, whenever we visited her, We kept telling her that, “when you pray to our Lord Jesus, he will heal you”. She believed it in her heart and started to pray. Within 10 days, she was completely healed and was discharged from the hospital. The Lord answered her prayers. All glory to our Lord Jesus Christ alone. Everything changed within two weeks. She started to do all her work by herself. She did all her in-complete school assignments by herself and by God’s grace, finished her 10th grade successfully. We did not expect a quick recovery, since the Doctor’s report was totally opposite, that she needs full support from us and it will take a long time to recover. But within a few days she was miraculously healed. Our God is a miracle working God. He promised us a Bible word (Psalm 128:6), that he will take care of the future of all our three kids. We praise and thank the Lord for healing our daughter. Our heartfelt thanks to our Pastor James and to our RWC family members, who prayed for our daughter every day, which was a huge support for us during the tough time.

Psalm 23: 1-2 “The LORD is my shepherd; I shall not want. He make me to lie down in green pastures: he leadeth me beside the still waters.” The powerful word of God was always active and alive in my life. After accepting Jesus Christ as my personal savior and redeemer my life changed completely. No matter what situation I faced Jehovah Jireh was always there to meet all my needs even before I asked it in prayer. Even though I walked in the middle of troubles, Jesus guarded my life against the anger of my enemies. He stretched out his hand, and his right hand saved me. Jesus is my good father who always loved me as how I am, no matter how big my sins were, his grace saved me and I witness his love every moment of my life.

Jeremiah 29:11. “For I know the plans I have for you” declares the LORD. Exactly a year before I was preceived my work permit, I got a new job in my study field in the same province. Every day I traveled to my work amidst of COVID but God’s grace covered and protected me with no harm. Even my small prayers Jesus hears and answers and I know his divine plan for my future is greater.reparing to move to different provinces searching for a job to get PR in Canada, but even before I

I am being the least was humbled for the open doors in the house of God to minister among little ones about the Love of Christ and always being creative for Jesus. I am privileged to be chosen vessel of God and thanking God for giving me knowledge, wisdom, maturity, and a compassionate heart to love everything around me. My only prayer is to live a testimonial life for Jesus, bring new souls and witnessing the love of Christ to all the broken hearts.

We thank and Praise God for making us a testimony. As Psalm 127:3 says, children are a heritage from God, we are blessed with a baby after 4 years of marriage. God has done wondrous miracles in our lives. Blessed being part of this church.